Is Freshly Ground Flour Worth the Price? 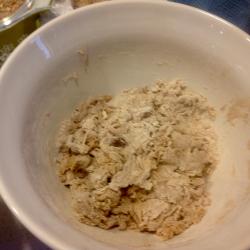 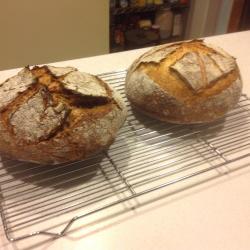 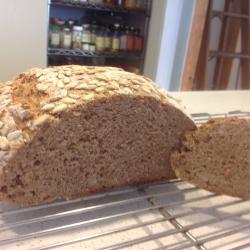 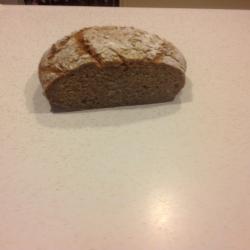 In his book, "Tartine Bread," Chad Robertson says freshly milled flour is much better tasting. So, I went to Amazon. After reading many reviews and watching several YouTube videos, I decided on the Komo Classic Grain Mill, but it cost $500. I thought, well, if the bread really tasted that much better.

Quickly found my biggest problem was buying grain at a reasonable cost. The good news is that whole grain has a much longer shelf life than flour. The bad news is there is no break in the price per pound and the shipping costs are astronomical. I finally found one whole grain source whose shipping costs were low enough, Honeyville: $4.95 flat rate shipping no matter how much you buy. But still, my per pound cost would be over $1.00/lb vs. $0.75/lb for King Arthur flour at my local grocery store. That does not include the amortized cost of the grain mill.

Before buying the mill and 50 lbs of wheat, I decided to try to find a local mill that provided freshly milled flour. No luck, but I did find a mill that indeed had fresh-milled flour: Four Star Farms. They mill on Monday, package on Tuesday and ship on Wednesday. I could have my flour on Thursday! I was excited.

Buying whole wheat flour was no problem, but ordering bread flour was a formidable challenge. (And reproducing it at home would also be one.) I opted for FSF's Zorro flour: bolted red winter wheat. It is sifted and said to be like all-purpose or pastry flour in texture. That would be my "bread flour." Their Warthog whole wheat, my whole wheat.

The flour arrived and smelled great. Working it was amazing. It was so supple and absorbed water so quickly. See the difference here between the "shaggy" stages: FSF vs. KAF. But, after two hours' bulk fermentation, the two doughs were largely equivalent.

I made 3 loaves with each. Two of Chad Robertson's Tartine basic loaves (these are 90% white bread flour and 10% whole wheat flour). First, one was in a combo cooker and the other in porcelain- coated cast iron casserole, the second time I switched to see if there was any difference in oven spring and crust. Photo 3 is FSF in the combo cooker on the left vs. KA in my old LeCreuset on the right. (I concluded after the second bake that the baking vessel did not affect oven spring, though it was much easier sliding the loaf into the combo cooker.)

The FSF loaf had huge ears because I was able to slash more horizontally.

The crumb: The KAF loaves had a softer crumb and larger holes. See picture 4. Again FSF on the left, KAF on the right. Notice also how much lighter in color the KAF crumb is even though I used unbleached bread flour. Clearly Zorro was not equivalent to KA's bread flour.

The taste: both were very good. While my husband preferred the KA loaf (had a classic sourdough taste), I could not decide.

I tasted and tasted and could not make a decision. The KA loaf had that perfect sour dough taste, but the FSF loaf had a sweet, nutty taste. Both good, but different. Not a good test because the Zorro was much more wheatier than KA's bread flour.

So, I did my third bake, this time making the Multigrain Pain au Levain from "Slow Dough Real Bread," which is mainly whole wheat. The oven spring on the FSF loaf was much better than the KA loaf. Both had small holes, but this is a much denser loaf that the Tartine bread. Photo 5 is FSF, 6 is KA.

Taste? I found the FSF loaf sweetier tasting. Both had a nutty taste thanks to 35 grams each of sunflower seeds, flax seeds, rolled oats and rye. While I would probably kill to eat the KA loaf, the FSF loaf was better. (This is a really, really good recipe.)

So, where does that leave us?

I would appreciate your comments and help.

Just found sourdough.com today while looking for ways to use sourdough starter in sweets. Very happy to see the recipes posted and anxious to try them.

Taste is on the tongue of the taster.  Undoubtedly there are super-palates out there but for a lot of people, chateau cardboard is almost indistinguishable from Chateau LaFite.

Fairly obviously if the flour is very old or, in the case of wholemeal, the germ has gone rancid with age there will be a noticeable 'off' taste but I think if you buy smallish quantities from a reputable source with a fairly high turn-over of stock your store-bought flour should be more than fresh enough.

As far as home-milling goes, to produce white flour, as well as your mill, you would need a series of fine seives to separate out the bran and germ and your yield would end up being pretty low by the time that you got it down to a size to match the commercial product.

I don't have actual experience myself, just going on what I have read.